10 Best Things to Do in Amsterdam

Amsterdam is the capital city and backbone of the Netherlands. As the nation's business hub, the city isn't just home to many businesses and international organizations, but has so much in store for you to see, experience and explore. Rich in artistic heritage, the city is known for its extensive canal system, the 17th century Golden Age legacies and narrow houses built with gabled facades. The Museum District is home to various famous works of Vermeer and Rembrandt at the Rijksmuseum, the Van Gogh Museum and the Stedelijk for modern art exhibitions. With numerous bike paths, there are many things to do in Amsterdam.

As the premiere art trove of the Netherlands, Rijksmuseum, a world-class art museum, splashes with at least 7,500 masterpieces in galleries traversing more than 1.5km. It's here where you'll get to see the Vermeers and the Rembrandts.

The highlight of this site is the Golden Age works featuring ruffled collar gentlemen, still life images and landscapes with pale yellow lighting. Don't miss the 1642 Night Watch; it's a must-see once you get here. Initially known as "Company of Frans Banning Coca," it was renamed the "Night Watch" because it has an evening-night-like impression.

The Delfware pottery in white and blue, the new Asian Pavilion and the highly-detailed houses of dolls are also a must-see. You'll love exploring the gardens on the outside with many sculptures. Since this museum is usually crowded, either pre-book a ticket(s) online or visit in the late afternoon (after 3pm) for fast-track entry. 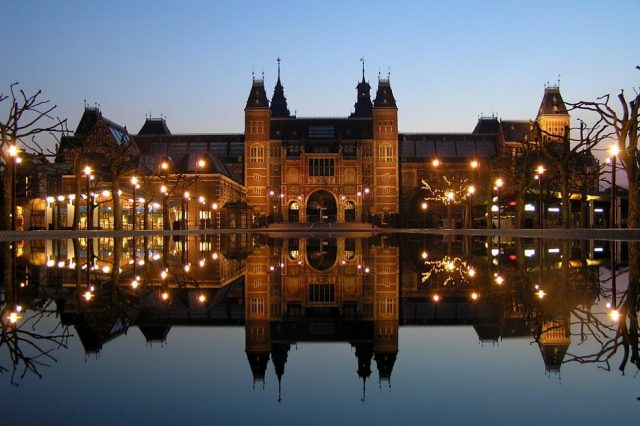 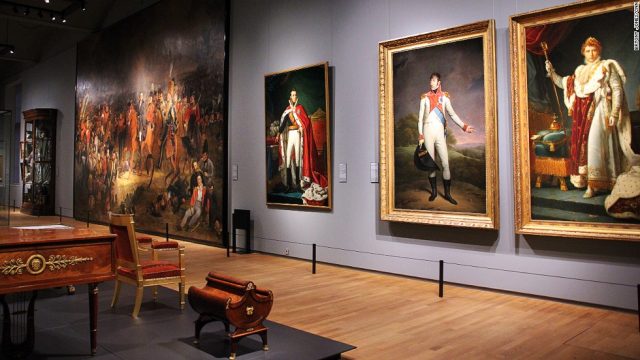 At least one million people visit the Anne Frank Hius every year as it's one of the best things to do in Amsterdam. Anne's actual diary and melancholy bedroom were reconstructed; the two are housed in a glass case. The quiet despair filled with optimistic writing in these rooms is what makes for a powerful experience of a lifetime.

The rear house, achterhuis, also referred to as the Secret Annexe, is the main focus of this museum. It's dark with poor ventilation. Here is where the Franks and others spent their days in silence and outgrew their clothes. Before being killed, the occupants pasted Hollywood stars' photos on the walls and wrote letters to Dickens.

After being persecuted in Germany, Anne Frank and her family stayed in the Prinsengracht house for two years, hiding from the Nazis. There's no better way to reflect on the atrocities the Jews faced at the hands of the Germans during WWII than exploring this house.

Whereas the back annex will give you an idea of the kind of life the Franks family lived, the front house is a museum that provokes many thoughts. Buy your tickets online in advance to reduce the queues or visit in the morning hours. 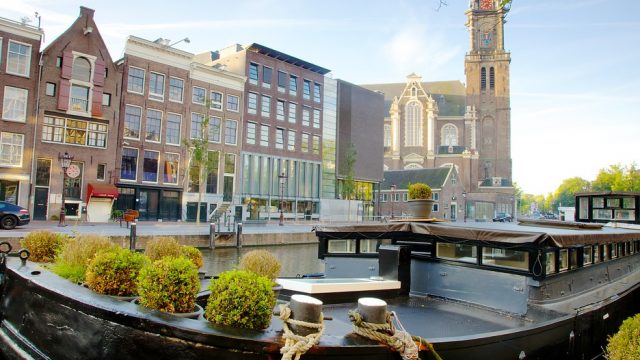 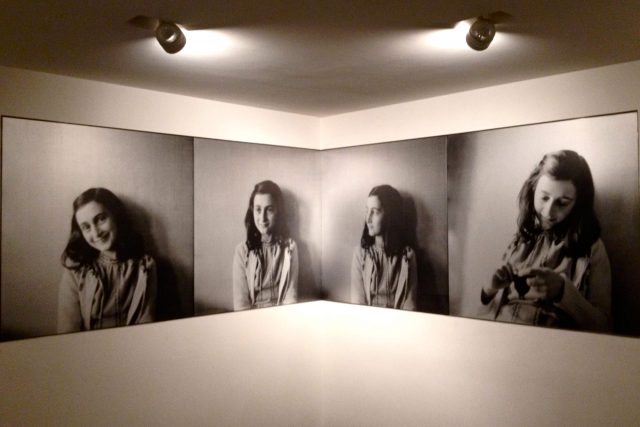 Learn More about Vincent at the Van Gogh Museum

Your trip to the Amsterdam isn't complete without visiting the Van Gogh Museum. Thousands of drawings, paintings and letters by Vincent Van Gogh call the modern culture-rich Museumplein building home. You'll get to learn about the wonderful works of art by this artist and even get up close to his most popular and famous works.

The museum also lets you track the artist's development, getting to learn more about his inspirations and those artists he inspired. Toulouse-Lautrec, Gauguin, Bernard and Monet also have their contemporary paintings showcased. The challenges that Van Gogh faced in his personal life and artistic works are also well-showcased in this museum. Pre-booking your tickets online will give you fast-track entry as the museum is always busy with long queues. 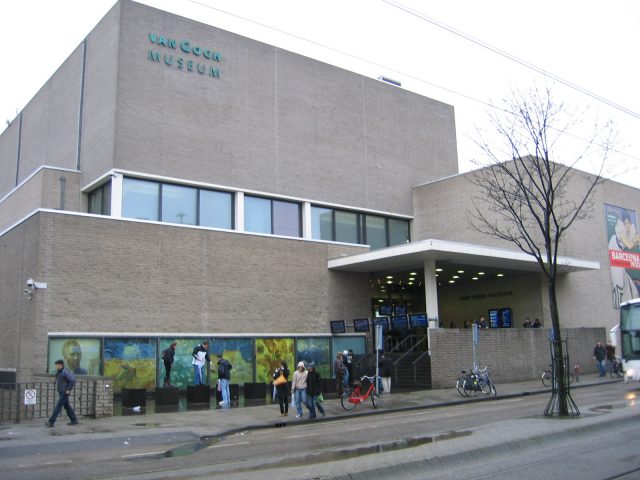 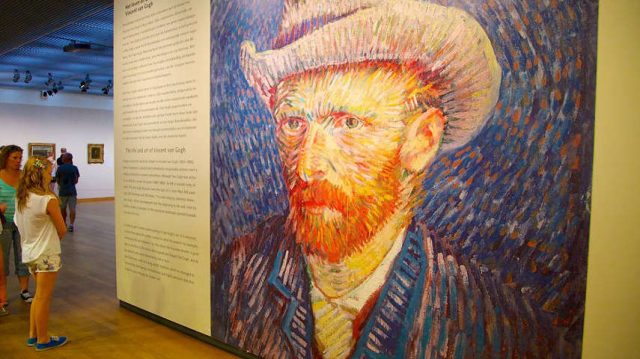 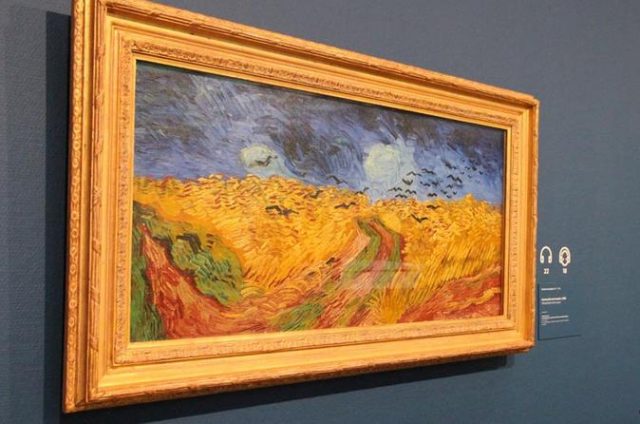 Go for Picnic at the Vondelpark

The Vondelpark makes an ideal place for picnics. Named after Amsterdam's most popular poet, Joost van den Vondelpark, who lived between 1587 and 1679, this park is home to the city's largest green space ideal for picnics. The poet's controversial play dubbed "Lucifer" saw a stop to "notorious living" by the religious powers then. This place thrives in summer when various people come together to drink, smoke and feast.

Home to many sculptures such as the Picasso statue, this park is also a cultural hub and one of the many great things to do in Amsterdam. Many dances, music and activities for children are hosted in this park from June to September, hence these are ideal times for your family to visit Amsterdam's Vondelpark openlucht theater.

Visit the Blue Teahouse, the open-air theatre or simply gaze into the green ecosystem of trees, shrubs, gardens, ponds and open lawns for endless tranquility. Don't forget to take some beautiful shots of the beautiful scenery. 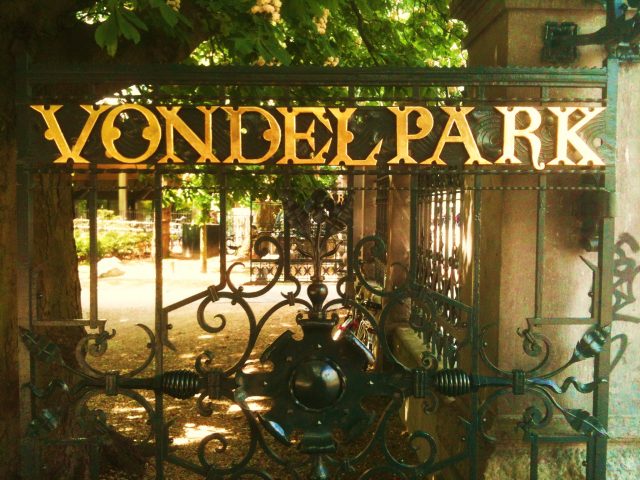 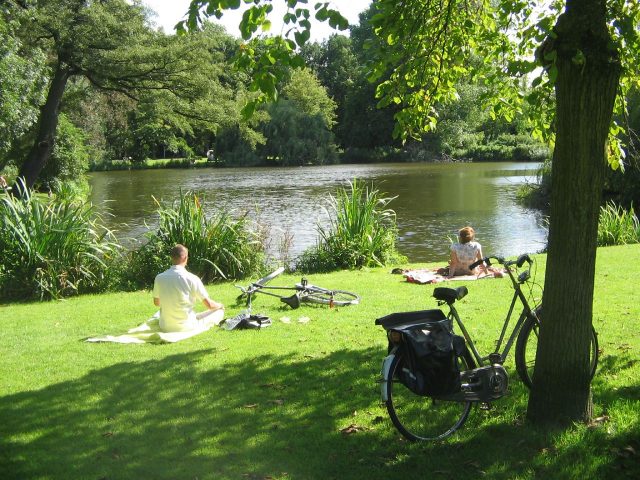 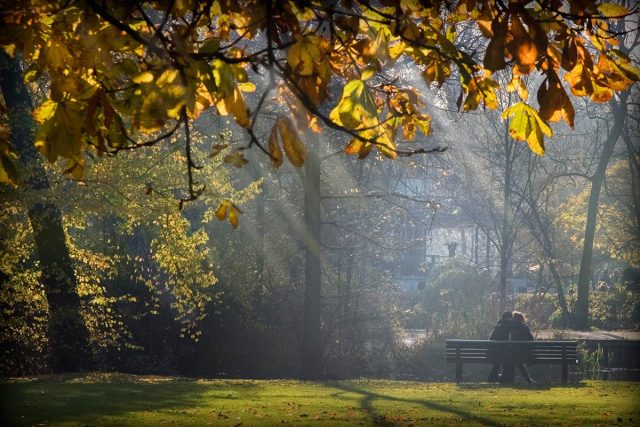 Wander Around the Jordaan

Stroll through the narrow lanes from the Prinsengracht canal, dubbed the Nine Streets, eastwards. Get into one of the local café's to taste some local dishes or have a quick beverage. Shop till you drop for one-of-a-kind experience. Don't forget to mine for unique memorabilia to bring back home. Visit on a Saturday for the best of the Noorderkerk flea market and the Lindengracht general market. 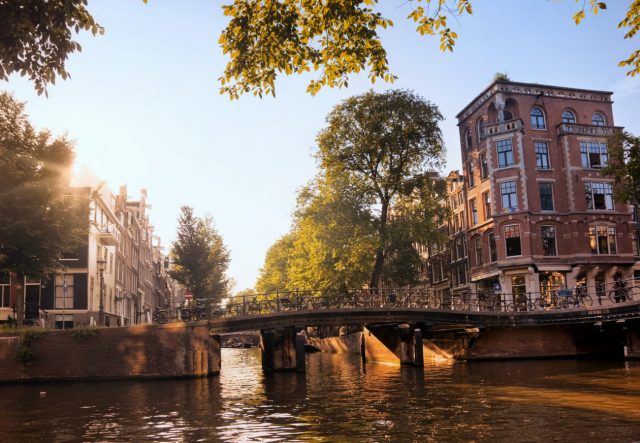 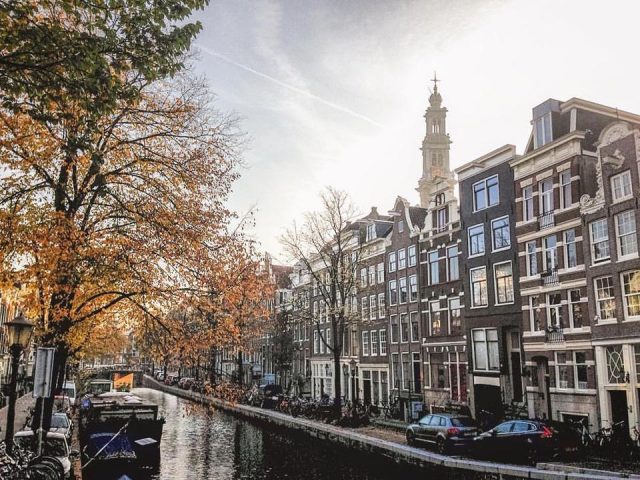 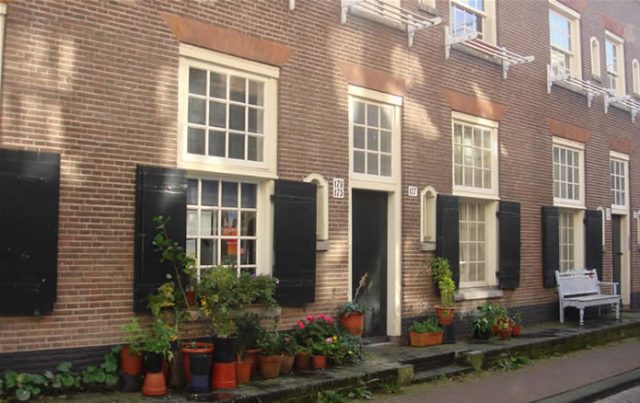 The Centraal Station is the largest national railway hub in Amsterdam. Located at the heart of the city and started in 1889, this station is a must-visit for one of the things to do in Amsterdam.

Don't forget to take quick photos as the scenery at the station is unique and ideal for photography. There are many cafes or restaurants and shops around for some great dishes or a wonderful shopping experience. 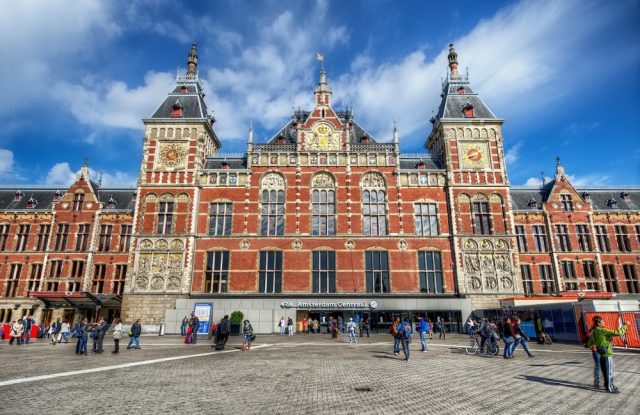 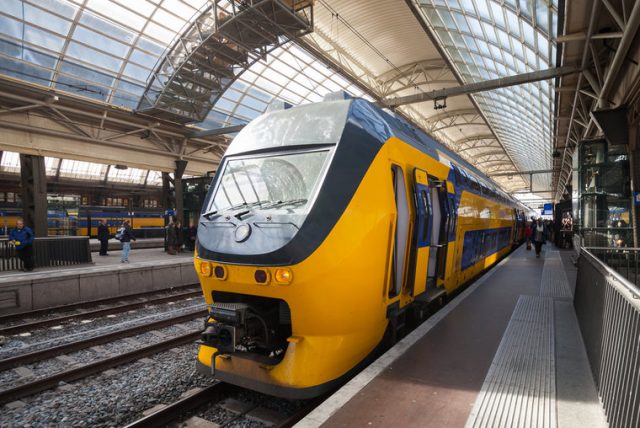 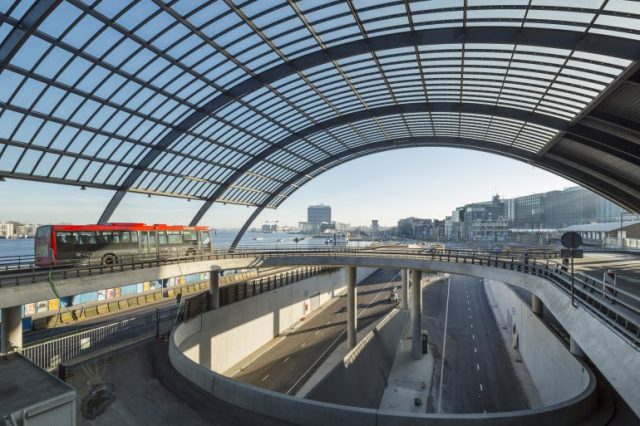 Have a Great Night at The Red Light District

The Red Light District is home to lap-dancing, scantily dressed women, live sex shows, etc. Estimated to be 500 years old, this district is popular for stag parties, thousands of curious tourists and night revelers. It's a beehive of activities in the night; you don't want to miss an experience of this when visiting the city.

If you prefer something different from nudity, stroll the De Waag (initially a weigh-house, today it's simply a medieval gate within the city) along the Zeedijk through China Town for a true experience of the Red Light District. 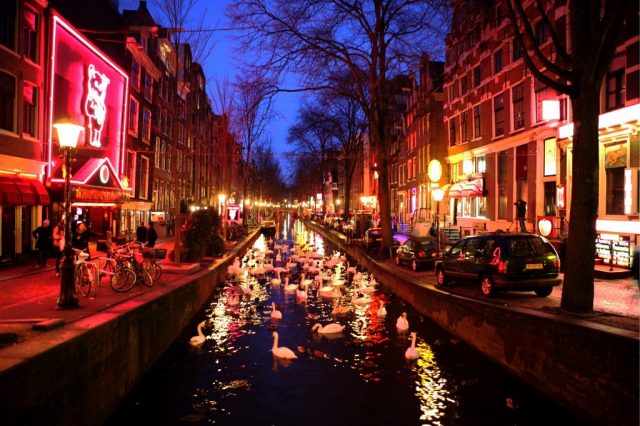 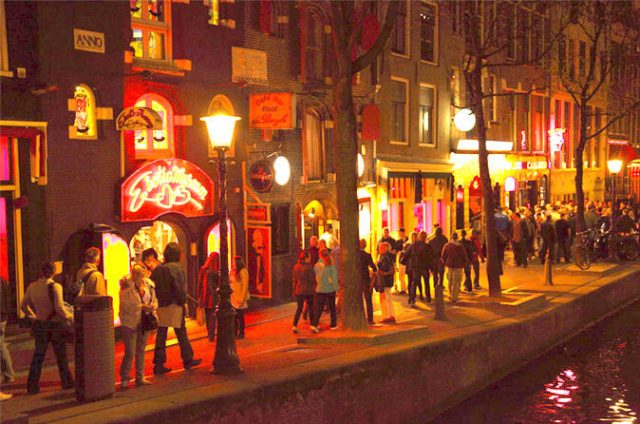 Amsterdam is renowned for its tulips, clogs, windmills and even cheese. Located along the Singel, the Bloemenmarkt is popular for tulips. Taste some cheese at the Reypenaer. This is one of the things to do in Amsterdam bound to give you lasting memories.

Buy your favorite flower in this market or simply smell the blend of sweet scent from different flowers being traded here for its therapeutic effect. Take some photos to bring home as memorabilia. 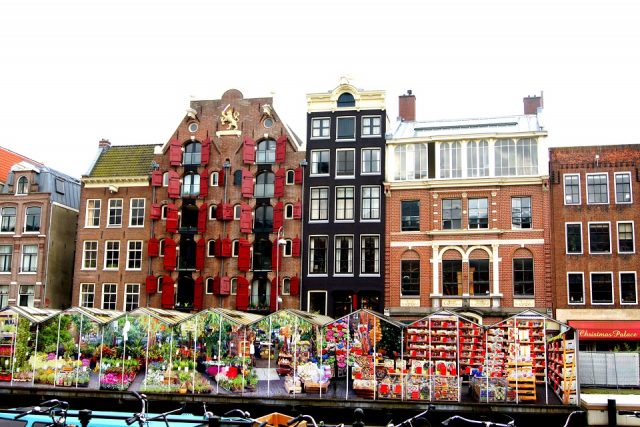 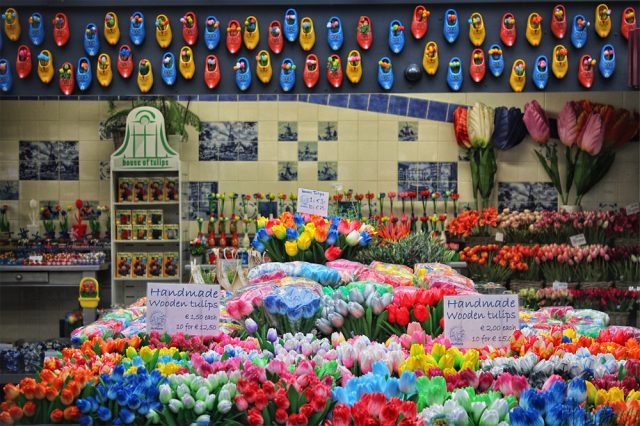 Rent a Bike at Amsterdam

The Dutch people are characterized by their love for cycling. They cycle with friends, to work, when going shopping, or wherever they need to go. Early artists (the Provos art group of the 60s) used bikes as a socialist symbol and women campaign movements in the 20th century had so much to do with bikes hence the locals' culture deep-rooted in cycling.

With over 800,000 bikes, a flat landscape and many bike paths, Amsterdam is the perfect destination for cycling. Do it for fun or to help you cut off some calories. Yellow Bike, Mac Bike and Rent-A-Bike are some companies that offer bike rental services to consider.

Safely enjoy cycling in Amsterdam as you explore the city's canals, Amsterdam attractions and the beautiful scenery. What's more, you'll be helping keep Amsterdam green as bikes don't release fumes into the atmosphere. 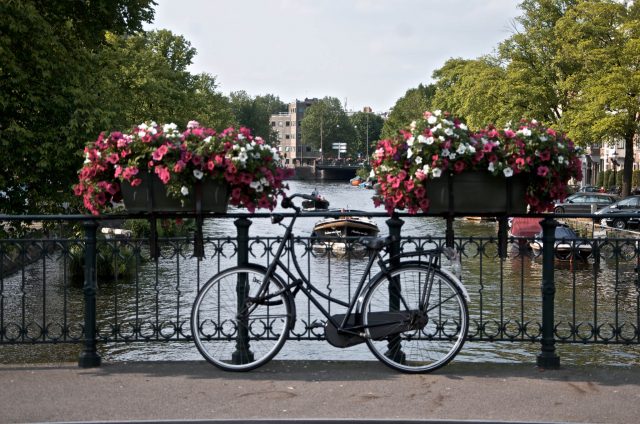 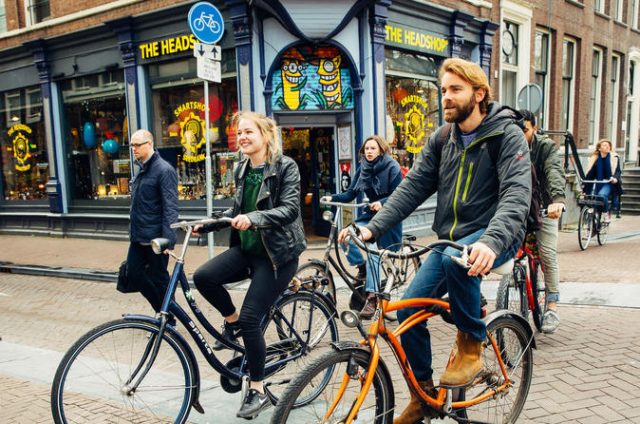 Waffles are often sold along the streets in Amsterdam. You'll notice some aromatic smell as you wander around the city. Made up of caramel-like syrup and grilled waffle layers stuck together, this delicacy is a must-try.

Visit Delicious Amsterdam for a choice of fluffy, light or a variation topped with strawberries, chocolate Merengue and other desirable toppings. 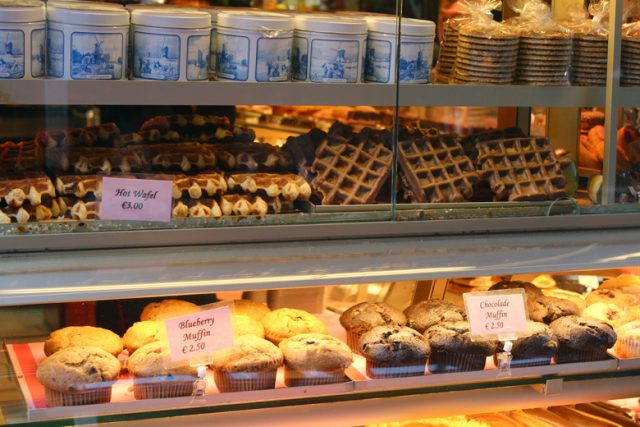 If you're wondering about what to do in Amsterdam, the ten tips described here will get you started as there are many more things to do in Amsterdam, Netherlands. Just ensure that you plan your trip in advance and have enough funds to support your trip for lots of endless fun and amazing sightseeing.