How to Get Rid of Genital Warts

Genital warts are a common occurrence in either men or women and are caused by some types of human papillomavirus. The virus is one of the Sexually Transmitted Viruses with a large number of sexually active men and women being at risk of getting infected with the virus. Human Papillomavirus Viruses (HPV) come in different types, and some can lead to genital warts while other types may lead to cancerous growths. The HPV can be spread through oral sex, vaginal sex or even anal sex. Genital Warts look like whitish bumps and they appear on the penis, vagina, the cervix, scrotum or the anus. Warts can either be big or small in size, and can come singly or in a bunch, and they might be itchy, though not always. It is, however, important to note that not all of the bumps we see on the skin are warts because there are other skin infections which look like warts.

Like any other infection caused by viruses, genital warts cannot be cured but the symptoms that this type of infection exhibits can be controlled and treated in an effective manner. Here are some methods:

In case you wish to treat genital warts at home, there are forms of home remedies of genital wart you could apply.

People who smoke are at a high risk of contracting Genital warts, which means that if you quit smoking, you lower the chances of catching an infection. Tea tree oil has been documented by the Mayo Clinic as an effective antifungal agent and it is useful in the treatment of fungus and warts. To apply, mix a drop of the oil with a drop of coconut oil or any other carrier oil, and then apply it directly to the wart. It might be irritating and should not be taken internally through the mouth and the vagina.

2. Apple Cider Vinegar.
Using apple cider vinegar can be used in the treatment of genital warts at home. Its effect on warts can be likened to that of medications that have acidic effects. 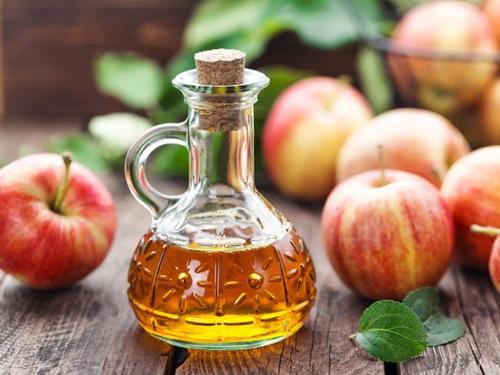 1. Podophyllotoxin. Podophyllotoxin is a gel that helps in the treatment of genital warts by having a toxic effect on the cells that make up warts. It is mainly recommended for the treatment of small warts which appear in a cluster, and after its application, the patient might feel mild irritation. The correct Podophyllotoxin dosage is drawn up through the use of a stick specially designed for the task. After drawing the gel using the stick, it is then dripped right on warts. This form of treatment is undertaken in cycles wherein during the first stage, the medication is applied two times a day for three days. Afterward, you should go for 96 hours without using it (Rest). In most people, it is advisable to take five cycles for genital warts to disappear.

2. Imiquimod. Imiquimod is a form of treatment that is applied to warts three times a week, let it work for an average of eight hours before washing. It is strongly recommended for the treatment of larger warts, and it works by stimulating the immune system of the patient into attacking genital warts. In most cases, it may take a number of weeks before any of the symptoms dwindles. Some of the side effects related to the use of Imiquimod include hardening of the skin, headache, itchy sensation shortly after application and the swelling of the skin. However, the side effects are mild and come to an end two weeks after quitting the use of the treatment.

1. Surgical Excision. It is commonly recommended for the treatment of small but hardened warts, especially when small warts combine to form a cluster that looks like a cauliflower. The process starts with the application of local anesthesia to numb the area around warts to be treated. After the skin is numb, the wart is then cut away using a surgical scalpel, and then the incision that remains is stitched.

2. Laser Treatments. Laser treatments are recommended for large genital warts located in hard to access positions, such us in the Urethra or the Anus. It can also be recommended for pregnant mothers who have failed to respond positively to the use of the Trichloroacetic Acid (TCA), which is deemed fit during pregnancy. The procedure involves the use of a laser by the surgeon to burn warts away, and, depending on the size of warts, it can be done under general or local anesthesia.

3. Cryotherapy. Cryotherapy involves freezing warts through the use of liquid nitrogen with the aim of killing the cells that compose warts. It is recommended for the treatment of multiple small warts that develop mainly on the shaft of the penis and near or on the Vulva. After freezing, the warts are then left to thaw and the process of freeze and thaw can be repeated several times. After the treatment, it might take an average of 3 weeks to have the skin get back to normal.

Genital Warts are undesirable and cause suffering to the infected person, and therefore they should be avoided at any cost. It's important to learn how to prevent genital warts and some of the preventive methods are:

A. Take Caution While Having Sex Genital Warts are transmitted sexually, which means you should avoid intercourse with an infected person. The use of a condom is also helpful in the prevention of warts infection.

B. Take STIs Tests often Incubation period of genital warts takes several months for the symptoms to appear. It is therefore important to test for the presence of HPV often, because it is easier to treat them during the incubation stage.

In conclusion, it is important to know all the ways on how to get rid of genital warts and if you closely follow them, you will never suffer from them. If you are already affected by genital warts, the discussed treatment option will be of significant help to you.