The Time the Sperm Need to Reach the Egg

Ovulation happens two weeks after the first day of the last period. An egg, released from the ovary, travels into a fallopian tube and waits for only one of up to 150 million sperm to fertilize it. How long does it take sperm to reach the egg and form a zygote? It depends on many factors, but even the fastest sperm need a half an hour to get a fallopian tube and 24 hours to fertilize an egg. It requires three to four days for the egg to enter the uterus, and the new life begins. 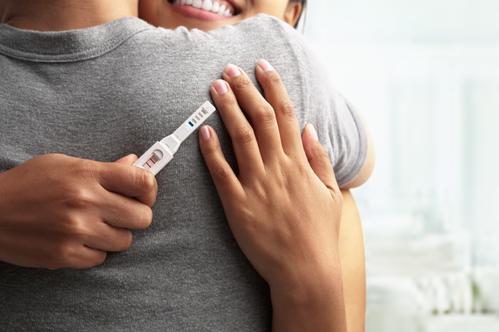 The Stages of the Reproductive Process

Every month a group of eggs grows in their follicles inside the ovaries. Usually, only one of them erupts from the follicle, goes to the fallopian tube and stays there about four days, but dies if there is no sperm to fertilize it. If it comes to intercourse, one sperm will fertilize the egg. How long does it take sperm to reach the egg is correlated with the health of the man's sperm. The fertilized egg will move to the womb and implantation can begin. Within 24 hours, the egg will divide into many new cells. From that day, pregnancy has started.

Ovulation is a monthly process of releasing a mature egg within one of the ovaries and transferring that egg through the fallopian tube when it is ready for fertilization. In that period, a womb is prepared for the fertilized egg, but if that doesn't happen, menstruation will appear. The ovulation cycle takes place in two separate processes:

This is the period of maturation of the ovarian follicles, which starts the first day of the last menstrual period and can last from one week to forty days, i.e., from the onset of menstruation until the ovulation begins.

At the end of this phase, the estrogen level is the highest, which causes an increase in the LH (luteinizing hormone) and FSH (follicle-stimulating hormone) levels for 24 to 36 hours. The result is a release of the oocyte (the egg) after rupturing the follicle. It can live for about 24 hours after release.

This is a period from the moment of ovulation until the beginning of the next period, which means that this phase lasts approximately 12-16 days from the day of ovulation. Without the oocyte, the follicle will transform into the corpora lutea (corpus luteum), which will disintegrate into the scar during the period. How long a cycle will last depends on this phase.

Fertilization is a coupling of the egg and sperm in the fallopian tube. How long does sperm take to reach the egg primarily depends on the sperm speed? As a result of this process, a zygote (fertilized egg) will be created within 45 minutes to 2 hours. There are three stages in this process:

During this phase, the process of gametogenesis (gamete formation) takes place, and it finishes when both male and female gametes are formed.

This process will take place inside the fallopian tube. During this complicated process, the egg will wait for one of up to 150 million sperm! At the end of the 'sperm race', male and female gametes will meet there. Only one sperm will penetrate the egg, and they will form a zygote after fusing. After combining the genetic material of both parents, the zygote will be born.

How long does fertilization take depends on the time the sperm need to wait because sometimes capacitation (the physical changes of the sperm which will make it capable of penetrating and fertilizing an egg) can last a few hours. However, once that happens, fertilization will be finished within 24 hours.

In this phase (embryogenesis), a single diploid cell (zygote) will be formed. After the mitotic division (cellular differentiation), a multicellular embryo will develop.

While a zygote travels through the fallopian tube, it multiplies and forms a blastocyst. Implantation is the process of attaching of the blastocyst to the uterine wall, which occurs approximately nine days after ovulation.

At the moment of implantation, a woman may notice slight bleeding and misinterpret it as a period. It occurs at the 20th to 24th day of the regular menstrual cycle, and the whole process lasts approximately a day or two. Many scientists believe that implantation is the beginning of pregnancy.

The Stages of Baby Development

The easiest way to track human reproduction is to divide it into three different stages (the trimester system) lasting three months each. There is enough time for the baby to develop from a single-celled organism.

This begins when a sperm fertilizes an egg in the fallopian tube making a zygote. This cell has a complete set of chromosomes, half from the sperm and half from the egg. While passing through the fallopian tube, the zygote multiplies and turns into a blastocyst made of around a hundred cells. After the blastocyst implants into the uterine wall, it continues growing and becomes an embryo. During the first three weeks, the first organs begin to differentiate. At the end of this trimester, the embryo becomes a fetus with a clearly defined sex.

This begins when the fetus has developed almost all the organs, including the brain, lungs, and nervous system. During this period, bone structure develops, and the baby becomes much larger (weighing up to 1 1/2 pounds) and starts to move. Also, it is possible to hear the baby's heartbeat. The baby can roll over, often hits the walls of the womb, slowly moves the eyes, and sucks the thumb.

Now, the brain structure, lung, and circulatory system are completed. About the 28th week, the baby begins to open the eyes and slowly starts to receive natural antibodies from the mother (around 38 weeks). The process of individual DNA development is completed throughout the 42 weeks.

There are three stage of birth, including:

The 1st stage: From the moment when the mother goes into labor and the amniotic sac bursts until the cervix is dilated approximately 10 cm in diameter.

The 2nd stage: The baby is moving down through the birth canal and finally emerges, thanks to the uterus' strong contractions.

The 3rd stage: The placenta expels after the baby's birth.

Many future mothers want to know how long does it take sperm to reach the egg, when a zygote forms or all of the baby's organs develop, and when to expect labor. It is not difficult to answer these questions given that pregnancy always takes place in a well-established order with minimal and rare deviations.