Almost every human being has a crusty spot on their skin. These are discolored and dry spot patches on the skin that might be itchy or to some extent causing discomfort. A human skin sheds and replaces about 40000 skin cells every day. If this process does not happen normally due to an infection or skin dryness, your skin gets crusty. If they keep reappearing and replicating, and the itchiness intensifies even after using over-the-counter medications, one must see a dermatologist. There are two types of skin crust: brown and white.

Brown crusty spots on skin can have a number of causes. But before taking any step towards eradicating them, a doctor's diagnosis and advice are essential.

Just as their name suggests, sunspots are caused by long skin exposure to intense sun rays. Medically, sunspots are known as solar lentigo. These dark or brown spots are formed due to overproduction of melanin. When intense ultraviolet rays fall on the skin, melanin production goes into overdrive, making the exposed area darker.

The most effective way to prevent or treat sunspots is by limiting one's exposure to intense sunlight. Wearing protective gear, sunscreen, or only using laser and chemical peels as prescribed by dermatologists are also helpful.

These are also called liver spots. Due to the aging effect on the body cells and UV rays; these spots emerge. They appear in areas highly exposed to the sun's rays.

One of the best ways to treat aging spot is avoiding them by limiting one's exposure to the sun and wearing quality sunscreen. But if one has aging spots already, azelaic acid, vitamin C, topical hydroquinone, cryosurgery and laser therapy are the best treatment options.

Moles are the riskiest brown crusty spots on the skin, although many people have them. Moles can turn cancerous, so should always be monitored. If there are any changes in moles, visit a dermatologist immediately. Follow the ABCDE rule for mole watching: asymmetry- should differ in shape; border- must be regular; color- should not be extra dark, brown or pink; diameter- should be of the same size as a pencil eraser or smaller; evolving- should remain as normal, no bleeding, itchiness or appear raised.

If there is a mole concern, removal through surgery may be necessary.

Melasma is a condition that appears due to hormonal changes in women during pregnancy or when using birth control. Additionally, if hormones interfere with skin pigmentation in both men and women, melasma crusty spots can appear.

Although there is no perfect melasma treatment option, prescriptions like the use of Retin-A, laser (which might cause worse side effects on pigmentation), and 4% hydroquinone are helpful. Through following dermatologist advice and prescription precisely, melasma can be treated.

White crusty patches on the skin may not cause alarm. But why should you have discolored skin if there is an option to help you have a uniform skin color? Mostly, the white crusty patches are caused by nutritional deficiencies and allergies. Learn about them below.

Tinea versicolor is a condition that causes the skin to develop white crusty patches. It is as a result of overgrowing of yeast found on human skin. For the yeast to overgrow and alter skin pigmentation, it must be triggered by temperature increases, excess sweating, oily skin, or hormonal changes.

Eczema, also known as atopic dermatitis, is a skin condition that causes the development of red, itchy rashes. Additionally, eczema might also appear as raised bumps. These rashes are the ones that usher in the development of white spots. Eczema mostly affects eyelids, feet, face, scalp, and hands.

There is no known treatment for eczema. It is associated with body immune overreaction to the irritants that cause asthma and allergies. A dermatologist can prescribe ointments, light therapy, and corticosteroids creams to be applied to the affected areas. 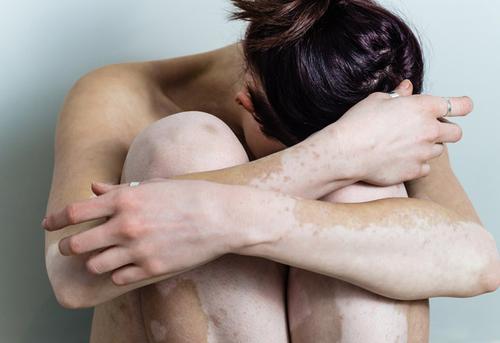 Vitiligo is not a condition but a disease. This disease affects melanin-producing cells called melanocyte. Its effect hinders the normal functioning of the skin coloring pigment called melanin. This is what causes the development of white crusty skin patches.

Although vitiligo is not cancerous as moles can be, when the white patches spread over a large area, they can cause psychological distress. A doctor's advice is essential although some OTC used like depigmentation drugs, UVB/UVA phototherapy, and corticosteroids creams are helpful.

IGH mostly appear on body parts that are highly exposed to sun rays. It appears as a small, benign and painless white crusty spot that later enlarges to a big white patch. It is most pronounced on senior women aged 40 years and older but is less common in men.

The recommended action includes prevention by less exposure to sun rays and wearing quality sunscreens, and treatments such as laser therapy and calcineurin inhibitors as directed by a doctor.

On initial stages, Pityriasis alba appears as an oval, circular, or irregular pink patches that turn white later on. In most cases, these patches appear as scaly and dry parts on the cheeks, shoulders, and necks. Teens and children who are dark-skinned mostly suffer from this condition.

Pityriasis alba is not very common and disappears after a while. However, it may return. To get rid of it, topical steroids, non-steroids creams, and moistening creams are very effective.

Even though most crusty skin patches are not painful, it is never pleasing having discolored parts on one's skin. If such a condition strikes, using the above guideline and following a dermatologist's advice can help fix things. Follow treatment and prevention guidelines carefully under a doctor's advice.