Causes and Tips for White Blood Cells in Urine

White blood cells, also known as leukocytes, are an integral part of your immune system. They protect the body against microbes, foreign substances, and infectious diseases. But when they start appearing in your urine, it can be problematic. White blood cells are usually detected in the urine through a test called urinalysis. If your urinalysis shows white blood cells in urine and you want to know the possible reasons, keep reading.

What Are the Reasons for Having White Blood Cells in Urine?

If you have white cells in urine, it is always best to talk to a doctor and get a professional diagnosis and then apply proper treatments. The following reasons are most likely responsible for making white blood cells appear in your urine.

A urinary tract infection (UTI) is an infection that can occur in any part of your urinary systems such as the bladder, kidneys, or urethras.

A UTI mostly occurs as bacteria, such as Escherichia coli, enter your urinary tract through the urethra. It reaches the bladder and begins multiplying, leading to an infection.

The symptoms of a UTI include a urinary urgency, a burning sensation during urination, and pelvic pain. The urine of an infected person has a strong smell and is cloudy due to the presence of white blood cells.

The treatment for a UTI involves a full course of antibiotics such as ampicillin, ciprofloxacin, or ceftriaxone. 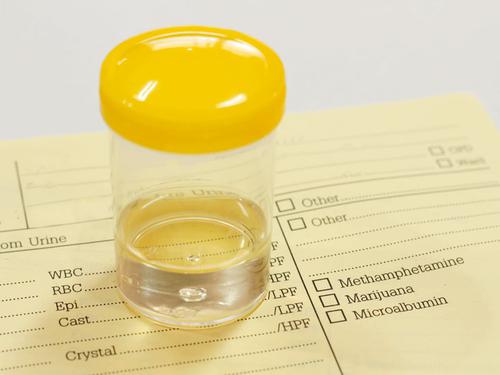 Pyelonephritis refers to a sudden infection of the kidneys, which can affect people of all age groups.

The infection usually begins in the lower urinary tract in the form of a UTI. Bacteria, such as Escherichia coli, enter the urethra and multiply in the bladder. From there, the bacteria travel up to the kidneys to cause pyelonephritis.

The symptoms of pyelonephritis are similar to that of a UTI, and include pelvic pain, urinary urgency, and white cells in urine. However, it is often accompanied by additional symptoms like nausea, pain, malaise, fever, and vomiting.

To treat pyelonephritis, you are required to take antibiotics, such as ciprofloxacin and levofloxacin, for at least 10 to 14 days.

Another reason for having WBC in urine is kidney stones.

A person with kidney stones suffers from pain in the sides and back. It is often accompanied by nausea, vomiting, fever, chills, and a cloudy urine with WBCs.

The best way to treat a kidney stone is to make it pass out of the body naturally. The process can be quite painful; hence pain relievers like ibuprofen, acetaminophen, or naproxen sodium are given. For larger stones, lithotripsy is recommended, which involves breaking the stones inside the body using sound waves.

Urinary tract obstruction is a condition in which urine is unable to flow through the ureter, urethra, or bladder due to some hindrance.

The most common causes of urinary tract obstruction include the presence of a tumor, kidney stones, or blood clots. Injuries such as a pelvic fracture, or a digestive tract disorder may also be responsible for it.

Urinary tract obstruction makes it difficult for you to pass urine. It often leads to other problems such as dribbling of urine, urinary urgency, and blood in urine. Your urinary output is decreased and the urinalysis shows white blood cells.

The best way to get rid of a urinary tract infection is to surgically remove the masses causing obstruction. Sometimes, a stent is placed inside the blocked kidney or ureter to keep the urine flowing.

Interstitial cystitis is characterized by urinary urgency, pelvic pain, urinary frequency, and an increased bladder pressure. It can also cause the appearance of white blood cells in urine.

Pentosan polysulfate sodium or Elmiron is the FDA-approved medication for interstitial cystitis. Sometimes, antihistamines like loratadine are also prescribed.

Gonorrhea is a sexually transmitted infection, which may cause white blood cells to appear in the urine.

Gonorrhea is caused by a bacterium known as Neisseria gonorrhoeae. It thrives in warm, moist areas and is transmitted from one person to another via sexual contact.

Gonorrhea causes an increase in urinary frequency and urgency. The genital parts of the infected person swell and a burning sensation is felt during urination. A pus-like discharge is released by the genital areas and the urine becomes cloudy due to the presence of white blood cells.

Gonorrhea can be treated by a single dose of oral azithromycin or a ceftriaxone injection. The infection tends to subside within a few days.

Dehydration and kidney stones are two main causes of having white blood cells in urine. Drinking a sufficient amount of water can, however, combat dehydration and dissolve all the stones in your kidney. Make sure you drink at least eight glasses of water every day.

Parsley has diuretic properties, which means that it can increase your urinary output. As the urinary output increases, it flushes out all the toxins from the body, which may cause white blood cells to appear in your urine. So, ensure that you drink two glasses of parsley water every day.

Apple cider vinegar has antibacterial and anti-inflammatory properties. Consuming it in diluted form will get rid of bacterial strains present in your urinary system and heal infection that leads to the occurring of white cells in urine. Mix one teaspoon of apple cider vinegar in a glass of water and drink once daily. 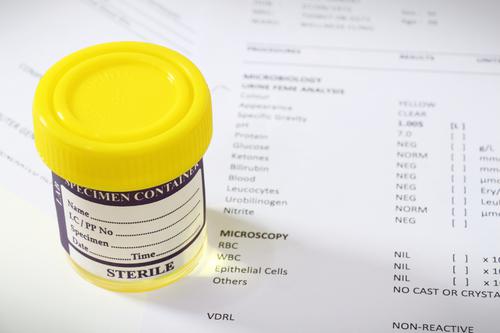 Having white blood cells in the urine can be alarming and require urgent medical attention. The most common reasons why these cells show up in urine include urinary tract infections, obstruction in the urinary flow, and gonorrhea. To get a proper diagnosis and treatment for having white cells in your urine, contact your doctor.