Why Does It Hurt When I Pee

Painful urination commonly known as dysuria is a health problem suffered by most people nowadays. It refers to a burning which comes while urinating. The main cause of this health problem is an infection in the urinary tract composed of the urethra, the kidneys, and the bladder. The terms used to describe the infection are mainly distinguished by the name of the affected part. Kidney infection is referred to as pyelonephritis; prostatitis is a prostate infection while urethritis is an infection of the urethra which is the tube that drains the bladder.

Some of the other causes of pain while urinating include sexually transmitted diseases, Trauma caused by local injuries such as during sexual encounters, medical conditions like diabetes mellitus, a cancerous growth, vaginal dryness experienced after menopause and frequent douching. 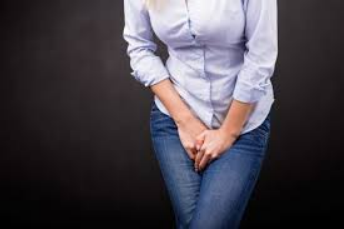 Types of Dysuria and Their Symptoms

Urinary tract infections can affect any of the parts of the urinary tract. The infection can affect the kidneys, ureters, the bladder or the urethra. Infections of the urinary tract are commonly caused by bacterial infections when bacteria get their way into the body through the urethra.
Dysuria is more prevalent in women than it is to men. When it affects men, it is less in young men but common in older men. There are four types of dysuria with each of them having its causes and symptoms as discussed below.

Prostatitis is a health problem which causes the inflammation in the prostate gland. Inflammation of the prostate gland is mainly as a result of bacterial infection. Prostatitis comes in four different types each having its own symptoms as well as causes. The common symptoms are high fever, pain in the joints, pain while peeing, and aches in the muscles and chills. In some cases, there is the presence of blood in the semen and urinary blockage.

Urethritis condition affects the urethra which is the tube that conveys urine outside the body. The condition makes the urethra to become irritable and inflamed causing trouble while urinating in both male and female. Men affected by urethritis also experience pain while ejaculating because sperms pass through the urethra during ejaculation. The main cause of this infection is bacterial infection leading to an increased urge to urinate. Despite the increased urge to urinate, lots of pain and discomfort is experienced by the patient. A burning sensation while peeing, smelly discharge from the penis and traits of blood in semen are some of the symptoms present in men. In women, some of the symptoms are an increased urge to urinate, pain when urinating and some vaginal discharge.

Cystitis is an infection that affects the bladder and it follows infection by bacteria in the urinary tract mostly in women. The disorder develops when bacteria get their way into the body through the urethra infecting urine and finally the bladder. Some of the symptoms of cystitis include bloody urine, lower abdomen pain, smelly urine and an increased urge to urinate but only drops come out.

There is a strong link between sex and urinary tract infections. Sexual intercourse is one of the most common causes of UTIs in sexually active women. The main reason for this is that bacteria are introduced into the urinary tract system of the woman during the act. At the time a woman is having sex, her urethra might get into contact with bacteria from the anus and the genital area giving them way into the parts of the urinary tract system (urethra, bladder, kidneys, and prostate). At any time a woman indulges in sex, she comes into contact with some bacteria increasing the risk of getting an infection.

There are ways in which a woman can stay safe from UTIs related to sex. Some of the precautions are cleaning the anus and the genitals before and after intercourse, urinate slightly before sex and immediately after it, take lots of water and by avoiding spermicide birth control. Men can reduce the chances of developing urinary infections by cleaning their genitals before and after sex and by using a condom. 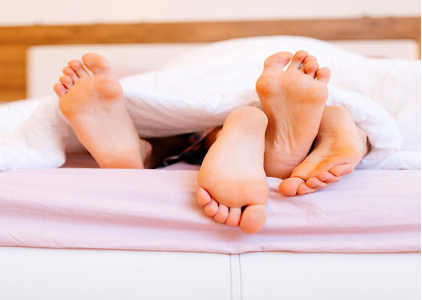 Constipation refers to a condition whereby a person experiences difficulties while emptying his or her bowels. It is characterized by hardened bowels and therefore it makes it hard for the bladder to empty itself easily giving bacteria trapped in it to have ample time to grow and spread causing UTIs. On the other hand, diarrhea can also raise the chances of contracting UTIs because bacteria contained in loose stool can easily get way into the vagina or the urethra.

One of the best ways of ensuring that bacteria from the stool don't find their way into the vagina or the urethra is by wiping yourself from the front toward the back anytime you visit the washroom.

Uncontrolled diabetes means that the blood sugar level is high and it has to be drained through while peeing. People with uncontrolled diabetes have a poor metabolic control mechanism, impairments in their immune system thus creating an environment that favors the growth and spread of bacteria. UTIs related to diabetes can be controlled by taking lots of water and trying to keep glucose levels under control.

It is much common to hold urine especially when we are doing something that we don't want to disrupt such as traveling. However, holding urine for a long period of time might provide a favorable environment for the growth and spread of UTIs. The main reason for this is that the bacteria find their way into the bladder will have ample time to grow and spread. The risk of being affected by UTI might increase if you take little amounts of water because the bladder will take a long time to fill before sending signals for urination to take place. Therefore the bacteria present in the bladder will have more time to multiply.

Drinking lots of water have so many health benefits starting with quenching your thirst, avoiding constipation and warding off urinary tract infections. The reason why dehydration leads to an increase in urinary infections is the fact that, the body doesn't have enough fluid to help in flushing bacteria from the bladder. When bacteria stay in the bladder for a long time, infection grows and spreads.

You should pay attention to its causes and avoid them. And here are also more ways to get rid of a UTI fast: