Usually misunderstood and often even feared or stigmatized, hermaphroditism is a naturally-occurring phenomenon that is present across a large variety of plants and animals. In biological terms, hermaphrodites are defined as any being that has both male and female sexual organs, or where the biological sex cannot be identified. Many animal and plant species - clownfish, earthworms, and most flowering plants – are naturally hermaphroditic, as they never evolved separate genders.

In addition, many other animal species sometimes present individuals who are born with ambiguous or incomplete genitals. Because of its negative connotations, modern researchers prefer to speak of the intersex community, instead of hermaphrodite humans.

Causes of Intersex Conditions in Humans

Also referred to as disorders of sex development, most cases of intersex conditions in humans can be traced to chromosomal disorders, which are determined at the time of conception, or to hormonal disorders which occur both before and after birth.

Statistically, this is the most common type of intersex condition, and consists of a person who has the chromosomes and internal organs of a woman, but also external genitals that seem male or are ambiguous — most often, a sealed labia or an enlarged clitoris.

This may happen either because the mother was exposed to testosterone medication, or because her body was producing too much of it — as often happens with certain types of ovarian tumors.

A subtype of 46, XX Intersex is aromatase deficiency, which is usually not noticeable during puberty. People with this disorder lack aromatase, the enzyme responsible for turning testosterone into estrogen.

This condition affects people who have the chromosomes and internal organs of a male, but genitals that appear female. In some cases, they will also present other symptoms of undervirilization, such as a lack of facial hair or the development of breasts.

There are many possible causes for this condition, ranging from tests that don't produce enough testosterone, to a lack of testosterone receptors or the inability to absorb them.

This is when a person has both male and female internal organs. Sometimes, this means one fully-developed testis and one separate fully-developed ovary, or an ovotestis — a testis and an ovary in the same gonad. They may have either fully female or fully male chromosomes, as well as fully male, fully female, or ambiguous genitals. Although this disorder usually develops in utero, researchers haven't been able to pinpoint a specific cause.

Undetermined intersex conditions are its own category, but they can all be traced back to the way chromosomes are copied and configured immediately following conception. Commonly, humans have 46 chromosomes, with the last two being either XX (for females) or XY (for males). 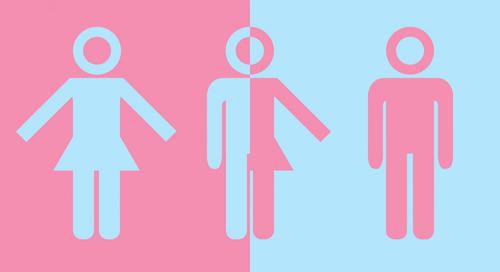 Treatments and Management of Intersex Conditions

Medical treatments for hermaphroditism have a long history of politicization, and unfortunately, have often ended up acting against the patient's best interests.

Arbitrarily choosing a gender for a newborn:

Based on the aspect of their external organs, physicians would sometimes suggest that a child is raised and socialized as belonging to that gender.

When regarded as necessary, doctors would also perform surgeries in order to modify ambiguous genitals. Some of the most common surgical interventions were:

These practices were based on the belief that gender identity was completely a matter of nurture, as well as the preconception of seeing femininity and masculinity as a black-and-white issue. The pervasive stigma against these conditions, as well as the widespread belief that they were much rarer than they actually were, created a culture of shame that has been likened to abuse by many intersex activists.

During the final decades of the 20th century, behavioral psychologists began to recognize that both sex and gender are more complex than initially thought. Nowadays, both physicians and mental health professionals agree that each case merits its own approach. In most cases, this will entail long-term psychological support for both the patient and their immediate family, as well as regular monitoring of their hormone levels and physical development.

In addition, thanks to the concerted efforts between intersex patients' associations and LGBT activists, many countries have enacted regulations to protect them from discrimination in the workplace or when accessing healthcare. However, there is still a fair degree of stigma and confusion on behalf of the general public, which in turn causes the intersex community to feel ostracized or isolated.

Humans are not the only species to have hermaphrodite members. However, hermaphroditism is likely to continue to be a sensitive topic, as it tends to question many people's deeply held beliefs. Understanding the biological origins of these conditions will help everyone approach the topic in a more mature and compassionate manner.