Well, you would be surprised to know that all the physical movements are also part of chemical reactions in everyday life. These processes which involve physical movement need energy which is produced by aerobic respiration. This process is the opposite of photosynthesis, the cells break down food which is in mitochondria in a long and multi-process which roughly produces 36 ATP. Three steps are involved in it, the first step is glycolysis, the second one is a citric acid cycle and the last is the electron transport system. The following formula is used in aerobic respiration. 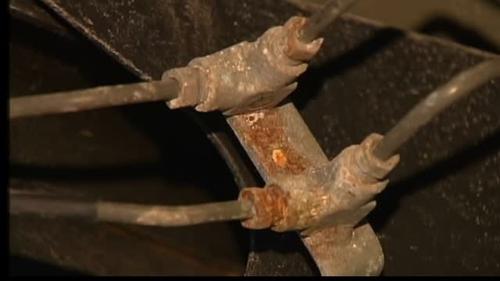 Rusting of iron is also a common example of chemical reactions in everyday life. If iron is left in the moist and open air it corrodes into a red-brown substance. This substance is also known as rust. This rusting of iron is also known as corrosion of iron. Air and water are needed for the rusting process. The process takes a very long time to occur. It is an oxidation reaction and uses the following formula.

A chemical reaction is involved in cooking as well. It uses heat for changes in the food. Cooking of eggs is a common example, where hydrogen sulfide is produced by heating the egg white. This reacts with the iron in the egg yolk and forms a grayish-green ring around the yolk. 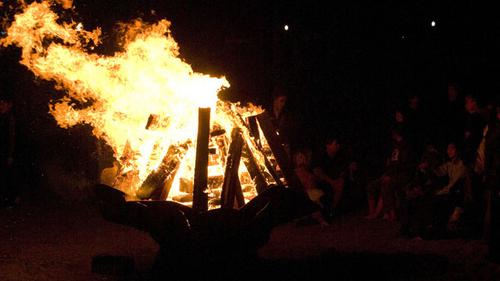 Burning a wood also involves a chemical reaction; wood is transformed into carbon dioxide, ash and water vapor in the presence of oxygen and heat. The following formula is used during the burning of wood.

Anaerobic respiration has a set of chemical reactions which allow cells to gain energy from other complex molecules without oxygen. These reactions mostly occur during intense and prolonged exercise when you exhaust oxygen. These reactions performed by bacteria and yeast are harnessed for fermentation to produce carbon dioxide, ethanol and other reactions which make wine, beer, cheese, yogurt, bread, and some other common product. The following chemical formula is used in this process.

Chemical reactions also occur when we mix different chemicals as well. For example, when we combine vinegar with baking soda for the chemical volcano, we experience a metathesis reaction. There are some other reactions as well. The same is experienced when we combine milk with baking powder in a recipe. All these ingredients recombine to produce water and carbon dioxide gas. The carbon dioxide which is produced forms bubbles in the volcano which helps in baking goods. They look like a simple chemical reaction but it involves multiple steps. The overall chemical reaction of vinegar and baking soda is given below.

There are thousands of chemical reactions involved in the digestion process. When you put the food in your mouth, an enzyme in the saliva which is called amylase starts the breakdown of sugar and carbohydrates into simple forms so that the body can absorb them. Then, hydrochloric acid in the stomach reacts with the food to break it down, enzymes on the other hand cleave fats and proteins so that they can be absorbed in the bloodstream using the walls of intestines.

Detergents also act as surfactants; they lower the surface tension of the water and then interact with oils and isolate them and rinse them away from clothes and other materials.

When we combine an acid with a base, we are performing an acid-base reaction. Acids like lemon juice, vinegar sulfuric acid can be combined with bases like soap, acetone, baking soda and ammonia. These reactions neutralize acid and base to yield water and salt. The chemical reaction for an acid-base reaction which produces potassium chloride is given below.