DNA VS RNA: A Comparative Study

Deoxyribonucleic acid (DNA) is a molecule which is composed of two chains made of nucleotides. These chains coil around one another to form a double helix. This helix then carries the genetic instructions used for the development, reproductions of viruses and living organism, functioning, and growth.

Ribonucleic acid (RNA), on the other hand, is also a nucleic acid which is present among all living cells. It acts as a messenger which carries the instructions from DNA to control the synthesis of proteins. In some viruses, RNA also carries the genetic information which is otherwise carried by DNA. 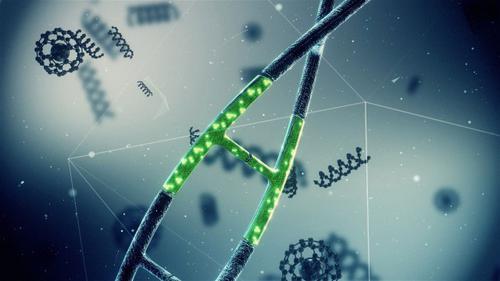 A. DNA. The main purpose of DNA is the long-term storage of the genetic information to make other new organisms and cells. Some of the viruses and all other cellular life contain DNA. It is like a blueprint and has the instructions which are used to construct other components of the cell, including RNA molecules and proteins. 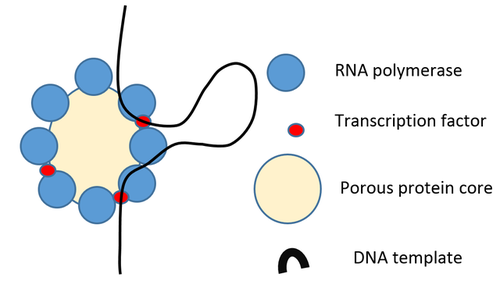 B. RNA. The main purpose of RNA is to transfer genetic code from the nucleus to the ribosomes which then make proteins. It not only transmits the genetic information in some organism but also stores genetic blueprints in primitive organisms.

It has different types which have their diverse functions. mRNA is known as messenger RNA and it encodes an amino acid sequence of the polypeptide. tRNA, known as transfer RNA, brings amino acids to ribosomes during the functions of translation. rRNA, also known as Ribosomal RNA, makes up ribosomes with ribosomal proteins which are then used to translate mRNA.

DNA has a B-form double helix structure. It has long chains of nucleotides and double-stranded molecules as well.

RNA, on the other hand, has A-form helix. It is a single-strand helix which consists of short chains of nucleotides.

The main difference between DNA and RNA is the presence of sugar in their molecules. DNA has deoxyribose sugar and phosphate backbone in it.

DNA has four nitrogenous bases. These bases are called adenine, guanine, thymine, and cytosine. Their first letter is used for their abbreviation, A, G, T, and C. These bases are further divided into two categories: the first two are called pyrimidine which includes thymine and cytosine, and the second category is called purines which has adenine and guanine.

The molecule of RNA has ribose sugar and phosphate backbone in it. RNA also has four bases in them. These bases are Adenine, Uracil, Guanine, and Cytosine. They are abbreviated as A, U, G, and C. They are also divided into two categories which are Adenine and Uracil, the second category is Guanine and Cytosine.

There is a difference between DNA and RNA when it comes to stability. DNA has the ability of self-replicating. The bonds of C-H in DNA make it a little stable. The body also destroys the enzymes which attack DNA. There are small grooves in the helix which also serve as protection and provide very little space for the enzymes to attach. DNA is also susceptible to the UV damage.

RNA, on the other hand, is synthesized from the DNA on the need basis. The bonds of O-H in the ribose makes RNA molecule more reactive as compared to the DNA. It is not stable under the alkaline conditions. There are large grooves as well in RNA which make it susceptible for the enzyme to attack. RNA is constantly used, produced, recycled and degraded. When compared to DNA, RNA is resistant to UV damage.

Every cell in the body has the same DNA, except sperms and oocytes. DNA is also located in the cell nucleus which is called nuclear DNA. A small amount of DNA is also found in mitochondria which are also referred to as mtDNA. The complete set of organism's nuclear DNA is known as the genome.

As we know RNA comes in as mRNA. It faces some modification before coming out of the cytoplasm. These modifications include polyadenylation, RNA splicing, and capping. RNA splicing is where the non-coding sequences of DNA such as introns are removed. The Messenger RNA which is not modified is destroyed.

RNA is found in ribosomes as well. The translation of DNA by messenger RNA happens in ribosomes which are situated in the cell cytoplasm. Another molecule is also needed here which is called tRNA (Transfer RNA). It has to bear the amino acids which then form the proteins.

Mitochondria also have DNA and RNA; they are separate from all the nuclear genetic material. RNA can be in some viruses and bacterial genome. In some RNA viruses, the genetic material is RNA, not DNA. They are mostly single stranded but can be double-stranded as well.

Both DNA and RNA are essential for the living organisms. DNA and RNA are two different molecules in living organisms. They both have various functions in the body. Their structures are different and they use disparate sugars and bases in their structure which are having two pairs. DNA is a bit stable but RNA is not that much stable and both have different locations in the body. There are some other differences between DNA and RNA, which you can watch in this video: