Disadvantages and Advantages to Keep Animals in Zoos

The first zoo came about in 1765 when a Viennese aristocrat's menagerie was assembled for entertainment purposes. All these years later, the question remains: Should animals be kept in zoos? Zoo advocates and animal rights activists have been at odds over this question for a long time. Both have valid points, and we list them here for you to read and decide for yourself.

Why Animals Should Not Be Kept in Zoos

Animal rights activists give the following points on why animals should not be held in zoos. 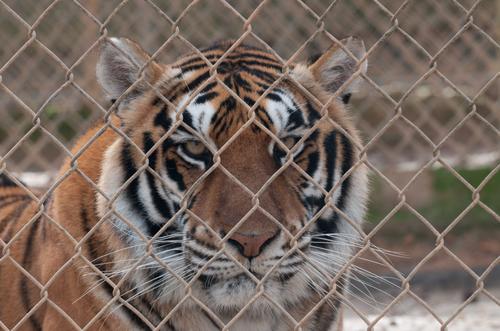 1. Animals do not have freedom in zoos

No matter how zoo advocates and the managers in the zoos themselves try to provide a healthy artificial environment for these animals, it is impossible to mimic or create something identical to the wild habitat. Take for example zebras or giraffes: the terrain provided by a zoo is never enough for them. Animals lack privacy and experience boredom due to enclosed spaces and separation from others. Boredom and loneliness result in animal depression. Animals in zoos are constrained from moving around freely, running around, and doing the stuff they used to do in the wild. To some extent, zoos are cruel for these animals.

Terrariums, the exhibit spaces provided for zoo animals, are mostly made up of a few acres of land compared to the vast wild habitat space. In its natural habitat, an elephant can walk for 50 kilometers! Lions, tigers, and cheetahs in zoos live in comparatively tiny spaces; the size of their zoo habitats are about 18,000 times smaller than their natural rangeland. In a zoo, animals are kept in cages or enclosed structures. To sum up in answer to the question should animals be kept in zoos, the space provided by zoos is never enough for them. Animals never get enough time for running around, playing, or hunting.

3. Some zoos are for entertainment

Animal rights activists say some zoos do not provide the right environment as required by the Animal Welfare Act. Animal training in zoos, so the animals rights activists claim, is never done for the animals' benefit, but just as entertainment for people. There have even been instances where animals have been trained with the help of electrical goads!The question remains: if an elephant is trained to lift its head or feet, how does that benefit the elephant? This type of training leads to animal depression.

The idea that zoos breed animals and then release them to the wild is really only true on paper. It's never practical. These animals do reproduce, but the goal of the zoos is to ensure the animal population in the zoos is on point or even increasing. Again we come to the same question: should animals be kept in zoos--the same zoos that never seem to keep their word?

5. Zookeepers are not well-educated 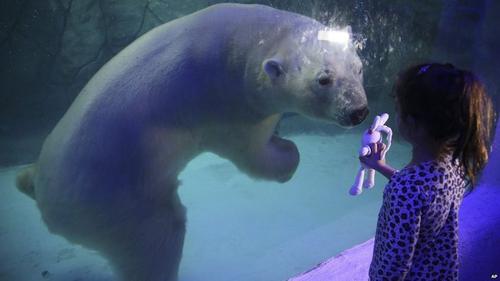 Some Advantages of Zoos

There has been a great deal of research and education about why animals should not be kept in zoos. A different approach has developed of late. The Animal Welfare Act and animal rights activists have labored to eliminate steel-bar enclosures and cement cages. And zoos are not all bad. Read on for beneficial perspectives of zoos.

Whenever a certain species is endangered, zoos are a safe place where these animals can be cared for. In well-managed zoos, these animals can be bred in a managed environment to save the species. The surviving animals also get proper feeding and suitable habitat--not to mention security from poachers.

At times, animals suffer when they become orphaned or when abandoned by human caregivers. To prevent those animals from death or suffering due to unhealthy conditions and lack of food, they are relocated to zoos. There the animals can be fed properly, live in a healthy environment, and be monitored more closely than in the wild.

Zoos are by definition places for animal captivity, and they do provide the best environment for animal research. In zoos, animals are already in a controlled environment; all that scientific researchers have to do is set their specific conditions and environments to help in research. In this way, scientists can discover and develop new ways to take care of these animals. Animal research is mostly done for medical purposes.

Adults and children living in cities get opportunities to see wild animals because of the proximity of the zoos. Were it not for these zoos, the adults and children would only know wild animals through pictures and animal documentaries. Due to zoos, school children can see these animals up close. Zoos also foster a relationship of coexisting between people and animals. Exposure to wild animals helps people appreciate, learn about, and get motivated to protect the wild animals that urban dwellers would otherwise never observe in person.

Regarding arguments for and against zoos, there is no clear-cut conclusion. What matters most is whether animals are safe or not. If the environment is not conducive to the animals and the zoo cannot provide safety for the animals, then those animals should not be there. If the animals are being exploited and not being rescued, then sanctuaries or natural wildlife preserves should be the way to go instead of a zoo.