How to Draw Lewis Structures

For those who are concerned about how to draw Lewis structures, below is a simple procedure on how to do it.

Here is an example. If you are planning to draw a carbon tetrachloride (CCI4) Lewis structure, you will have to count all the valence electrons involved in each part of the overall molecule.

2. Put the Least Electronegative Atom in the Center

We have found the total number of valence electrons. Now, as we continue to review how to draw Lewis structures, we must decide which atom will be drawn in the center of our Lewis structure. The atom with the least electronegative charge should be put at the center when drawing. (It has the most available "real estate” around it, so it works well to draw the least-electronegative first. This way you will have space around to draw the rest of the atoms.)

After placing the least electronegative atom at the center, the other atoms are to be drawn or placed around it.

When drawing this skeletal structure, remember that the atom with the most available bonding sites (remember, it is the atom that has the smallest electronegative charge--the atom that you identified from the previous instruction) is to remain at the center. In other words, the atom which can allow the most other atoms get bonded to it should be centrally placed on the skeletal structure. A centrally positioned atom can allow up to four connections around it. 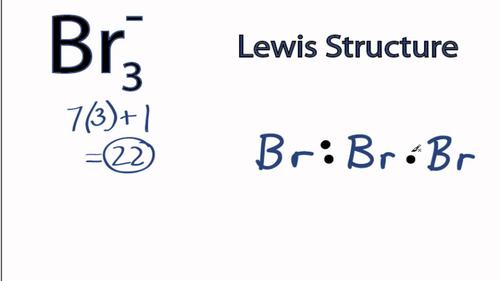 4. Place Electrons Around Outside Atoms

At this stage, you must apply what you know about how to do Lewis dot structure. The diagram must be completed, showing the last of the electrons in the form of dots on the outer atoms bonded to the central atom. You may get these dots wrong on your first few tries, but you will learn with each attempt. Remember to follow the steps: knowing the number of valence electrons, placing the electron with the lowest electronegative charge at the center, drawing each remaining atom around it, and noting the electron bonds between the central atom and each remaining atom. Finally, each outer atom will get two electrons, which are symbolized by dots on the drawing.

This is the last Lewis structure step. After you have placed double electrons on all the outer atoms, the skeletal structure is completed by placing the remaining electrons next to the central atom, rounding out its octet. Each bond that was created in step C will be represented by a straight line--these lines should come in pairs to represent the double bonds necessary for strong covalent bonds. After you count up all the solid lines representing lone pairs and all the extra dots representing atoms that complete octets, then double-check your math. If there are more electrons placed around the center atom than its standard octet, then the arithmetic from step A (counting the valence electrons) might be in error.

Lewis structures are useful. They provide a visual diagram of the molecular bonds, light elements, and oxidation states you are studying in your chemistry classes. There are some very particular details to master while learning to draw Lewis structures, but once you understand the procedure, they will help you master the details of your understanding of chemical bonds.