When asked "What is flirting?", most people can give plenty of examples, which is much easier than giving a definition!

At its most basic, flirting is simply another way that two people can closely interact with each other. But when you get into the intention behind flirting and exactly what flirting entails, things get much more complicated. It doesn't have to be romantic or sexual -- sometimes, it's just friendly banter without any other intentions.

With all these mixed emotions running through people's minds, many people mistake someone who is flirting for someone who is just being friendly or nice, or even vice versa. Listed below are the most common signs used to uncover the mystery of what is considered flirting.

Signs to Help You Tell If a Guy Is Flirting, And Not Just Being Friendly 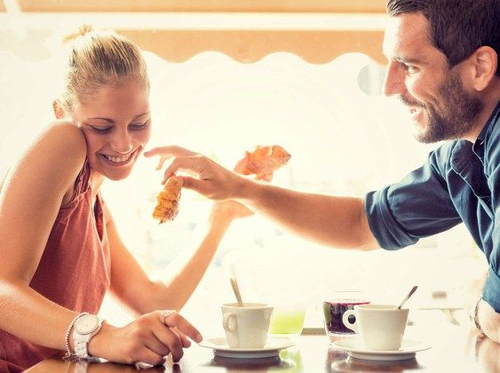 It's not always easy to tell if a guy is flirting or just being friendly. When someone flirts with you, it's an amazing feeling. It makes you feel attractive and desirable. It can send a warm jolt of electricity through your body. Whether it's verbal flirting, like playful banter, or physical flirting such as playful touches, flirting is fun!

But what if you don't know if he's flirting with you? It's not always easy to tell if he's attracted to you or if he's just being nice.

To help guide you a bit, here are the most important signs that he is definitely flirting with you.

Most people make eye contact when carrying on conversations. Therefore, it isn't a good idea to assume that everyone who makes eye contact with you is sending a message of romantic interest. When a guy holds eye contact for just a few seconds longer than seems natural for a particular conversation, however, there's a good chance that he is flirting with you.

Extending eye contact for brief moments longer than expected can add intimacy to a casual encounter and can definitely be one of the signs of flirting.

People typically try to get closer to the people they like, so if someone is trying to increase their proximity to you, there's a good chance they're flirting.

You shouldn't assume that everyone who smiles at you is flirting with you. However, you can tell a lot about a person's intentions toward you and interest in you from the manner in which he or she smiles when interacting with you.

For example, if someone makes eye contact with you across a crowded room and then smiles shyly when catching your eye, a little bit of flirting might be taking place.

What is considered as flirting can sometimes be verbal or non-verbal. Verbal flirting refers to the use of compliments, or saying sweet things to someone in order to let them know how you feel towards them.

Usually, when someone is flirting with you they tend to bring up small references to sex that don't make you feel uncomfortable.

Girls generally engage in deep conversation with guys they like. If a girl asks numerous probing questions and pays close attention to the answers, she is most likely attracted to you. Conversational clues include lighthearted teasing and giggling. Some girls' voices become higher pitched. Others whisper to their friends about guys that they like.

Think about how you flirt in real life. You want to make your intentions clear, but you don't want to come off as obsessed or desperate. Social media is no different. It's fine to have a look at her feed (we've all done it, we're all curious, she probably does it, too), as long as you just look. Once you start liking or commenting, however, you risk veering into creep territory.

Picture this: you upload a cute photo of yourself on your social media platform and someone drops you a flirtatious comment. Is it harmless or could it be a recipe for relationship disaster?

With the different social media platforms, a guy flirting with you will always send you flirty messages complimenting your snaps and anything you say to them. If a guy is flirting with you, he tends to send you messages frequently.

First, you get tagged in a funny meme, then again the next day by the same guy. This is a sign of his interest in you.

What to Do If a Guy Flirts with You 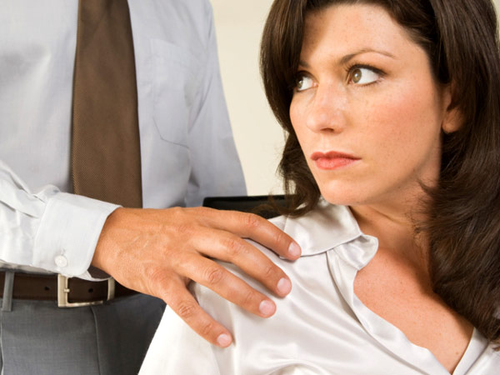 When you're out, either alone or with friends, it is possible that someone will be attracted to you and make romantic advances. Whether or not you are interested, it's important to be prepared, so that you can politely react to those advances and make your response clear. Having a guy hit on you can open the door to a new relationship or leave you needing to politely decline, depending on whether or not you're available or interested.

All right, let's face it - flirting can lead to very many outcomes but, most especially, it can arouse feelings of romance and love. In times like these, there may be absolutely no doubt in your mind that you like the person flirting with you. However, not knowing exactly what to do to express your interest, you might feel unsure.

Luckily for you, there are some reliable ways to help you express your interest towards a guy who is flirting with you.

As the saying goes, "Where the mind goes, the body always follows." It could be that you find it hard to express your feelings and you may not feel able to flirt verbally. In this situation, your body is the perfect messenger to send the right message to a guy.

Break the touch barrier, cross your legs and angle them towards him. Lean in towards him to let him know that he has all your attention, and look him straight in the eye. These moves could change your life forever.

Discuss topics of shared interest, keeping away all distractions like phone calls or any sort of disturbance that interrupts the conversation

Men respond to praise and appreciation just as much as women do; in many cases, possibly even more so. Compliment and acknowledge his attitudes and beliefs. In doing so, you are flirting back and letting him know that you are interested in him.

You're alone at the bar or at a party, sipping a drink while you wait for a friend, when you see someone making flirty eyes at you and walking over, but they're not your type, so you have to quickly think up an exit strategy.

It can be difficult to figure out how to let the flirt know that you're not interested without hurting their feelings. When the person who's flirting with you is creepy, it's easy to tell them to get lost. But when they're nice, getting out of the flirtation scenario can be a little more difficult. But it's not impossible.

This strategy works whether you're single, dating, or hooking up with someone. The point is to let the person who's trying to hit on you know that you're not available. If they think you're with someone else or even interested in someone else (assuming you're both monogamous), then they should back off.

Under all circumstances, keep out of close range with a guy who is flirting with you if you aren't interested. The closer you come into contact with a flirty guy, the more uncomfortable you'll get. Smile politely and simply tell him firmly that you are not interested and you feel uncomfortable with him being around you.

Sometimes it's fine to let a stranger flirt for a while if you're enjoying the conversation, but if someone comes over and they're laying the flirting on thick and you want no part of it, it's okay to get yourself out quick. And your friends can be a big help, whether or not they're there. You can say that it's been really nice meeting them, but you have to go meet up with a friend, and then politely excuse yourself.

All in all, flirting behavior varies across cultures due to different standards of social etiquette, such as how closely people should stand (known as "proxemics"), how long to hold eye contact, how much touching is appropriate and so forth. Nonetheless, flirting is used more by males to approach a girl of interest with a motive that is either sexual or intimate. Below is a video to help you discover more about whether a guy is just being friendly or flirting.