Nine Most Notable Red and Black Bugs You Might Come Across

Red and black bug identification can get tricky sometimes if you are less informed about them. But what choice do these small insects have? Their many different colors act as their way of defense. Their bright or dark colors come in handy as they try to scare their predators away. If you happen to walk around your garden any time of the day or night, you will get surprised by the number of black and red bugs you will see. Some of them are beneficial while others are harmful to both humans and plants.

Boxelder bugs are scientifically known as Boisea trivittatus. They are found in two types which are denoted by the place where they are found: western Boxelder bug and eastern boxelder bug. If you notice a bug with a red stripe across its pronotum and about half inch body length, then you are looking at a boxelder bug. For the eastern boxelder bug, you will mostly notice them invading a home during the fall or in large numbers gathered somewhere to bask, maybe on a sunny wall of your house. They are known to feed on sap from flowers, seeds, and leaves of trees that host them. Additionally, they also feed on maples. 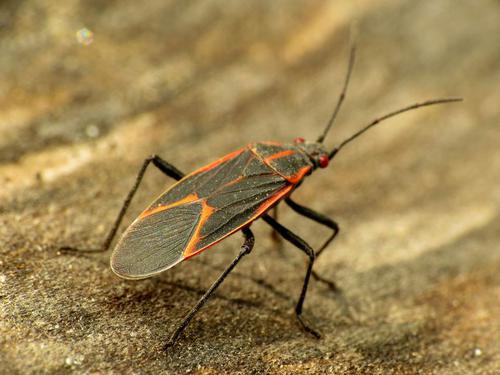 Lygaeus kalmii is the scientific name for the milkweed bug. A full-grown milkweed bug measures about 12 mm long. On their back, they have a reddish-orange mark which mimics the letter "X.” Milkweed bugs are known to feed on seeds. However, researchers working researching on red and black bug identification say some milkweed bugs feed on flowers, prey on arthropods and also scavenge on other dead insects. 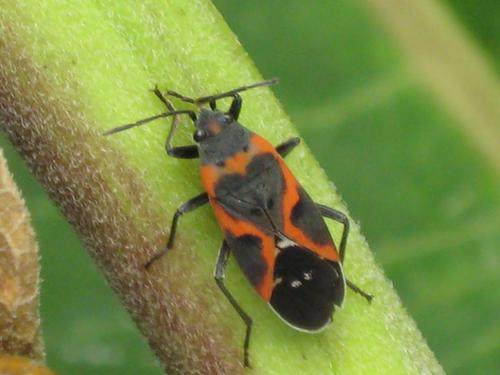 Milkweed leaf beetles are called Labidomera clivicollis scientifically. Their name emerged from the fact that they heavily feed on milkweed leaves. Some blackish color covers most of their body although they have orange strips as well. During the summer season, you will notice most adults and larvae of the milkweed leaf beetle type feeding on leaves. Female milkweed leaf beetles take few days to start laying eggs. If you do not control them in time, they will feed on your plants for the whole season before taking refuge as they run away from winter weather. 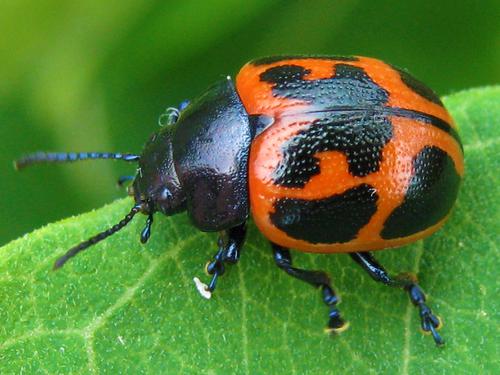 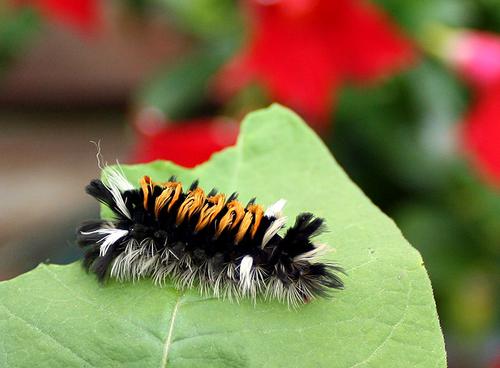 While thinking about red and black bug identification, you will come across plant pets. Among the most dangerous ones, plant pet is the cotton stainer bug (Dysdercus suturellus). Cotton stainer bugs are disastrous to cotton seeds and cotton balls. Before a pesticide was invented, the browning and yellowish strain they left on cotton rolls made the rolls undesirable. This caused a lot of losses to cotton farmers and industries. Both adult and nymphs feed on cotton seeds. But their destructive nature is not restricted to cotton alone; they are catastrophic to plants as varied as oranges or hibiscus plants. 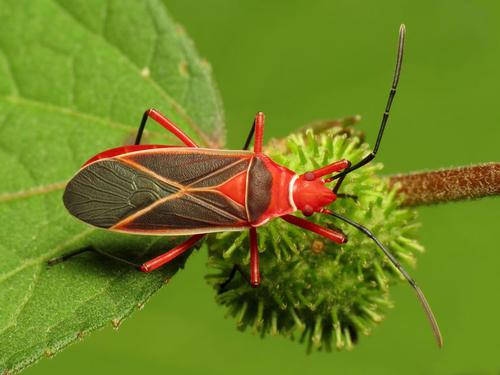 Among true red and black bugs, stink bugs take the top position. They are characterized by sucking mouths which they use for piercing the kind of food they feed on. But not all stink bugs feed on plants; others are predators which feed on other insects, a characteristic that makes them beneficial to your garden. Two-spotted stink bug, scientifically known as Perillus bioculatus, is the most common. Two black spots behind two-spotted stink bug heads are their main characteristic. But they are not always black and red, only the two spots remain constant. They are among the beneficial stink bugs you will find in your backyard or garden. They belong to the Pentatomidae insect family.

Firebugs (Pyrrhocoris apterus) are non-native insects to the US but mostly found there. Due to their attractive colors which make good looking striking marks, you cannot fail to notice them, especially when mating. Their mating season makes them very aggressive thus easily noticeable. Firebugs are small red and black insects measuring around 10 mm. They have one distinctive feature which is a black triangle and two distinct black looking spots with a red background. 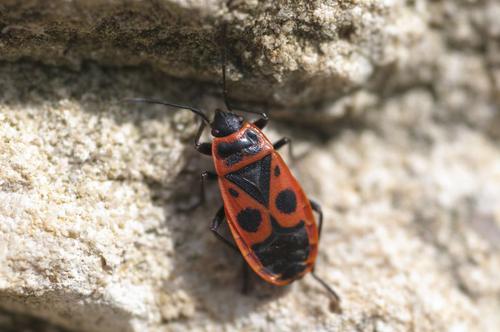 Bee assassin bug (Apiomerus crassipes) can be termed as a beneficial insect and the opposite of a threat. Bee assassins are useful to you since they are predators and will feed on any arthropod that land on your plants and flowers. On the contrary, it feeds on honey bees and other pollination facilitating insects. They use their forward legs which have sticky hair to grasp any prey that comes within their reach. There are different species of bee assassins, a characteristic mostly noticed by their body size. Most have a length of 12 mm while other 20 mm. What is constant about all bee assassin bugs is the black and red marking although others can look yellowish. 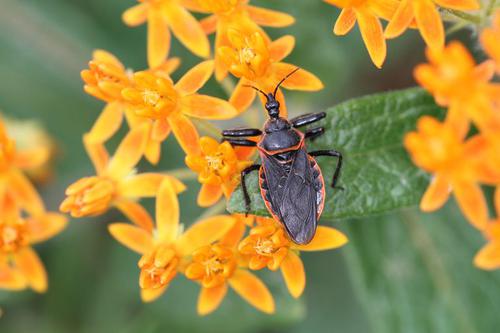 Scarlet plant bugs (genus Lopidea) belongs to the plant bug family. There are several scarlet bugs which are named according to the plant they feed. Scarlet bugs are a red, orange and black bug measuring about 5-7 mm in length. They are mostly noticed due to their black centers and bright scarlet on their margins. There are 90 species of scarlet plant bugs around the world while 47 species are found in Canada and USA. 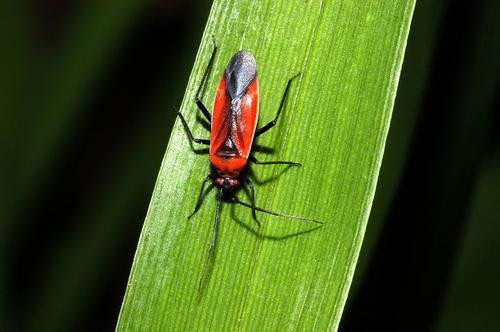 People mostly fear black and red insect, but that does not mean all of them are harmful. Sometimes it is only fear that does affect people. When dealing with this insect, first take the time and study their markings, characteristics and what they feed on. Such info will help you know whether to get rid of them or let them be in your backyard or garden.