The Difference and Similarity Between Osmosis and Diffusion

Differences Between Osmosis and Diffusion

Although both osmosis and diffusion involve particle movements, there are some of the notable differences between them. 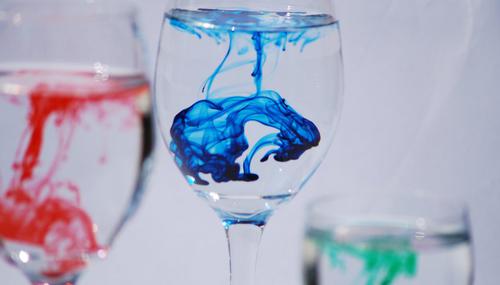 If you consider definition as a way to understand the differences between osmosis and diffusion, it is fairly simple to differentiate between the two. Osmosis is defined as the movement of solvents (liquids) from an area of high solvent concentration to a region of low solvent concentration but through a semipermeable membrane. For example, it is osmosis when water moves from the soil where it's concentered into roots where it's less concentered through a semipermeable root membrane.

On the contrary, diffusion entails different molecules (gas, solid or liquid) movements from an area where molecules are more concentrated to where they are lowly concentrated. Note: the movement must not be through a semipermeable membrane like it is in osmosis.

If you consider diffusion and osmosis rates as the defining factors, you will get one major difference between osmosis and diffusion. The main difference is that osmosis is a slow process, whereas diffusion is a faster process. This can be attributed to factors like the necessity of a semi-permeable membrane. Although that membrane allows solvent molecules to pass through, it does hinder their fast movement to some extent. Secondly, when considering the fact that diffusion moves from an area of high concentration to an area of low concentration, this implies a high rate. On osmosis, the opposite happens; it is the movement of solutes from an area of low concentration to an area of high solute concentration which results in the slowness of osmosis rate. 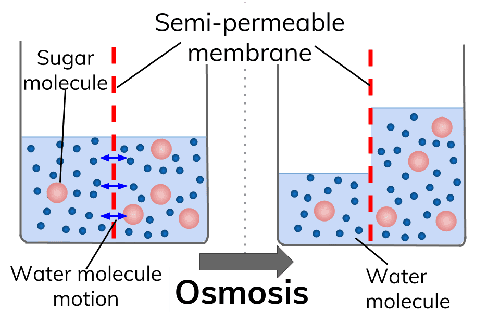 Depending on free-energy fact, osmosis depends on one single solvent which is water. Osmosis seeks to equalize solvent concentrations by reducing free energy from one part and adding it to the other although an equilibrium (equalization) point never eventuated. Further, diffusion entails the movement of molecules from an area of high free energy to where there is lower energy to achieve an equalized energy concentration.

To animals, osmosis helps in maintaining cellular water levels, nutrient transportation, and movement of molecules from one cell to the other; commonly known as cell-cell diffusion. Diffusion in animals as well helps in their energy creation during respiration as gases get exchanged.

Similarity Between Osmosis and Diffusion

Although osmosis and diffusion are somehow different, they have one main similarity. They are all passive transport processes. Being passive means both require no extra energy to take place. This is because they all revolve around one thing: the movement of particles from a high concentration to those areas of low concentration. Thus, these particle movements are free from energy need.

In conclusion, both osmosis and diffusion are significant happenings in the science field. Both are physical processes that are significant to human and the general environment. They are natural processes of molecules intermingling which helps in maintaining different plant body equilibriums.